Check out the top three minecraft maps created in 2013! The best minecraft sky survival, epic jump and dropper maps, all in one place for nostalgic 2013 minecraft downloading as we usher in a whole new year of 2014 minecraft maps!

Check out the top minecraft maps for 2013!

This ironclad airship (which stays in the air because minecraft physics) is as intricate as it is Steampunk. Not only is it impossible to shoot this ship down, it’s techincally impossible to fly it, although that probably won’t bother you too much when you’re standing on the bridge making airship noises (50% rushing wind 50% coal powered engine block). 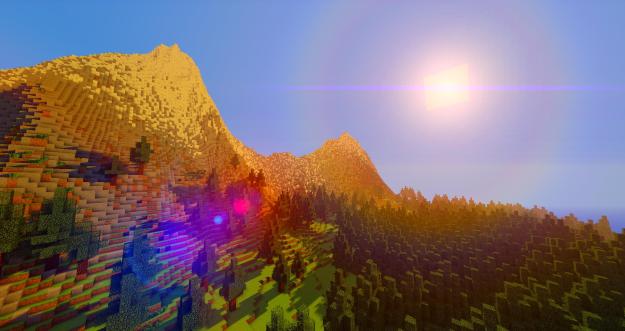 A minecraft Rocky Mountain map, based on the essence of the Rockies. What are, or indeed, aren’t the Rockies?

A major mountain range in western North America. The Rocky Mountains stretch more than 3,000 miles (4,830 km) from the northernmost part of British Columbia, in western Canada, to New Mexico, in the southwestern United States. Within the North American Cordillera, the Rockies are somewhat distinct from the Pacific Coast Ranges and the Cascade Range and Sierra Nevada which all lie farther to the west. Source. 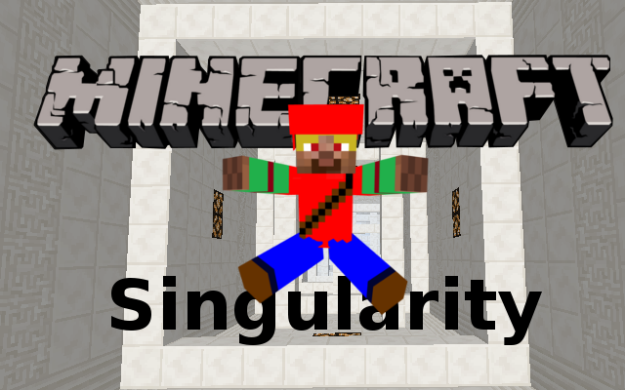 An Adventure map. Of adventuretude. In which all becomes nothing and nothing becomes all. In case you were wondering, a singularity a point where all the rules of nature and god and man are broken forever. Still a work in progress, but a playable one, and I’m all for things that are sort of done, but still playable. Like the Planet Earth.

The Tree of Life takes after the World Tree archetype, an ancient human myth that says there is a large tree which forms the axis between heaven and earth. In the branches the gods dance, and in the roots below mother earth sends forth her creatures. Now you can play with a giant minecraft tree. That’s the important part.

This Halo level can now be downloaded in minecraft! The level is The Silent Cartographer, a solemn and impressively deep build which can be used for survival challenges or imported into an existing world to create pretty much the best Halo Minecraft base ever. 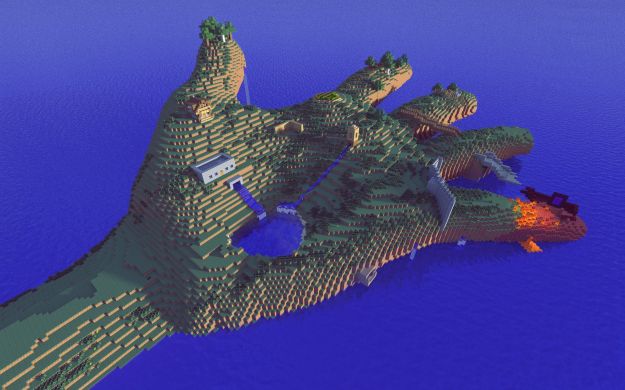 Hoodoo is the newest minecraft PvP game, featuring assymetrical combat, custom classes and a massive arena that was seven months in the making. Built vaguely along the lines of TF2, Hoodoo uses class combat missions combined with an offensive / defensive game mechanic to pit teams of minecraft players against one another in a strategic free for all that will leave you breathless. And maybe blown up.

Diversity is a very ambitious minecraft map download project designed to be all things to all people. It contains adventure, parkour, survival, CTM, arena, boss battles and many more minecraft activities in one neat download. There are ten levels in all to complete, levels which require agility, combat skills and the basic knowledge of minecraft’s history as a game. Play this map and complete the monument, and you’ll be able to play any minecraft map.

The Phantom once lived in a giant skull, and that worked out rather smashingly for him, so there’s no reason why this shouldn’t work out well for you. Unless you have something against hyped up custom mobs with a devilishly devastating series of attacks sure to knock down your hearts and have you chewing leather before bedtime.

Finally! A mod that actually allows you to build and then sail your own ships, both sailing ships and air ships, for that matter. Take to the sea and the skies with this minecraft mod which finally frees players from the tethers of their static creations and makes the world of minecraft that much more dynamic. 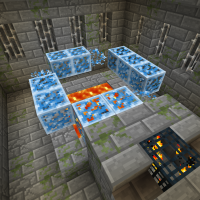 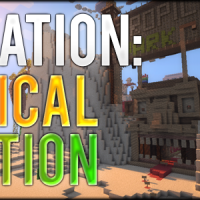 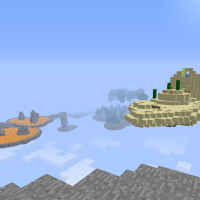 How To Make A HD Minecraft Texture Pack

How To Install Minecraft Mods

How To Uninstall Minecraft Mods